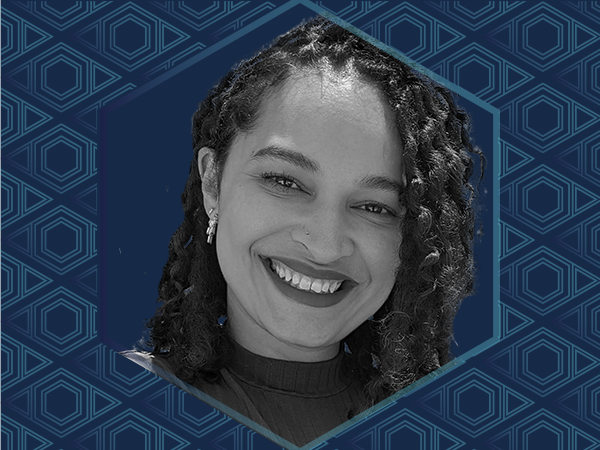 WASHINGTON, Oct. 12, 2022 — On Wednesday, the National Academies of Sciences, Engineering, and Medicine announced the inaugural recipients of the Eric and Wendy Schmidt Awards for Excellence in Science Communication, given by the National Academies of Sciences, Engineering, and Medicine in partnership with Schmidt Futures. Supported by Schmidt Futures, these prestigious awards recognize science journalists and research scientists who have developed creative, original work that addresses issues and advances in science, engineering, and/or medicine for the general public. Dr. Arianna Long, who achieved a doctoral degree in physics and astronomy as a Eugene Cota Robles Fellow and Ford Foundation Fellow at the University of California, Irvine, was one of the honorees. She was named Best Research Scientist.

A total of 24 awards were announced — 12 awards for best science communication by research scientists and 12 awards for science journalists, split among six categories. In each of the categories, one $40,000 top prize and three $20,000 awards will be given, totaling $600,000.

Long is currently a NASA Hubble Postdoctoral Fellow at the University of Texas at Austin. She uses telescopes on the ground and in space to understand the birth and evolution of the most massive galaxies in the Universe. Dr. Long achieved her Bachelor’s of Science in Applied Mathematics from Towson University, MD, spent some time as a data analyst in the consulting industry, then returned to higher education to achieve her M.S. in Physics in the Cal State University, Los Angeles’s NASA Direct-STEM program.

In addition to her research, Dr. Long is a mentor and leader, having founded and led several mentoring programs to support marginalized scientists such as PACE (Physics & Astronomy Community Excellence) at University of California, Irvine and the Guerrilla Mentoring initiative at VanguardSTEM.

“This award reinforces the idea that scientists can and should work to effectively communicate complex topics to the public,” Long said. “As the first college graduate and PhD in my family, it’s important to me that our community sees value in making science accessible to people from all educational backgrounds.”

The winners will be honored during a recognition event and workshop on Nov. 11 and 12 in Washington, D.C.

“Congratulations to this year’s winners, who did a superb job communicating about complex issues related to science, engineering, and health in innovative ways that capture people’s attention and imagination,” said Leah H. Jamieson, selection committee chair and Ransburg Distinguished Professor of Electrical and Computer Engineering and Dean Emerita of Engineering at Purdue University. “The quality and diversity of topics of this year’s submissions were remarkable. The works created by the winners were sometimes alarming, sometimes lyrical, sometimes provocative, often inspiring, always engaging. Our committee feels privileged to have been part of this awards program in its inaugural year. We are delighted that the recognition accorded to winners will help advance careers in science communication while informing the public about these fields that play such important roles in our lives.”

“The exemplary work that these award winners are doing to accurately and engagingly communicate about science to the public has never been more important,” said National Academy of Sciences President Marcia McNutt.  “In an often complicated, murky, and distorted information environment, these superb communicators are shining a light on critical truths, facts, and evidence that people need to make informed decisions about their lives.”

“Scientists and journalists are both seekers and sharers of knowledge, but they speak what might as well be two languages — one for academics within a particular field, the other for consumers who are inundated with news,” said Wendy Schmidt, co-founder of Schmidt Futures and president and co-founder of the Schmidt Family Foundation and Schmidt Ocean Institute. “The communicators honored with these awards not only speak both languages but also bridge them, telling stories that capture the furthest reaches of human understanding in words that are clear and relevant for all audiences.”